Patrick Queen on the River 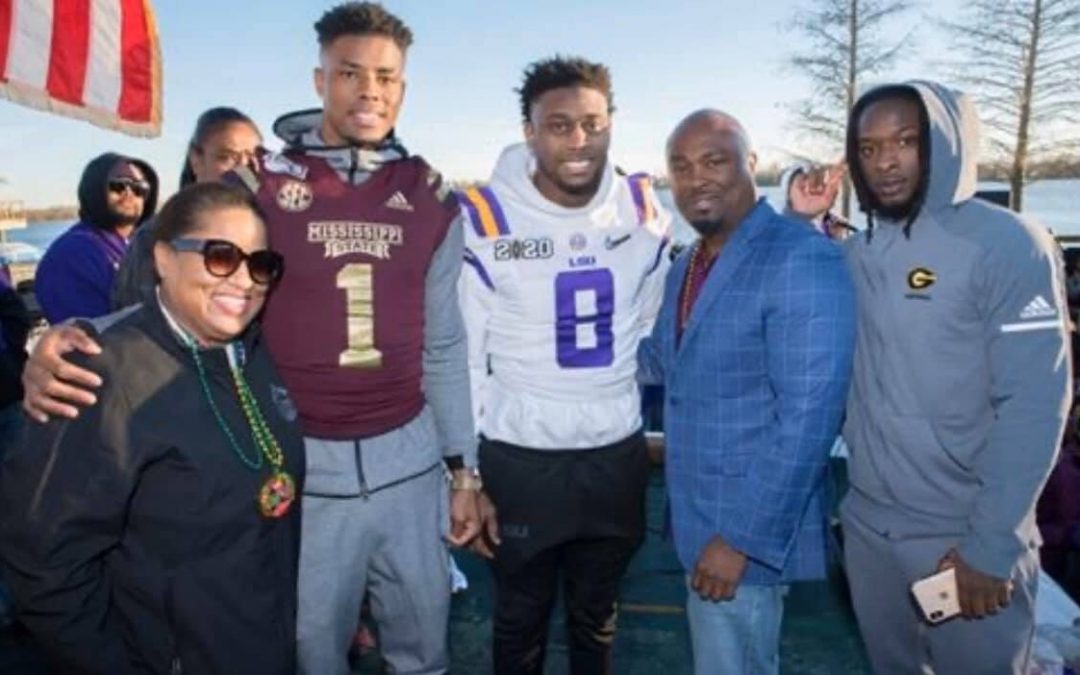 LSU Tigers made history again winning their 4th National Championship in program history. This time LSU linebacker and Pointe Coupee parish native, Patrick Queen tackled his way to MVP Defensive Player of the Game. The City of New Roads held a parade in honor of the LSU Tigers National Championship and Queen.
Queen was born in Ventress and played football for Livonia High School. Signs bolstered a sense of pride for Queen that said “Level Up 8-Geaux Tigers” and “Pointe Coupee Proud” that recognized Ceejay Powell, Russell Farris, Stephen Guidry, Diante Bridgewater, Willie Baker, and Patrick Queen. The parade also honored Mississippi State football player Stephen Guidry who also played for Livonia High School.
“Patrick began bringing championships home a couple of years ago,” stated Mayor Dukes at a ceremony immediately following the parade. “He brought a championship home for Livonia – a parish championship. Then he turned around and brought a state championship. Now he’s turned around and brought a national championship. We are Pointe Coupee and New Roads proud.”
LSU had a dominant season 15-0, while leading the nation in scoring and total offense. Queen was presented with a proclamation from City Council and received a key to the city of New Roads. Queen announced Wednesday, Jan. 15 that he will enter the 2020 NFL Draft this spring. He finished his final year with 85 tackles, including 12 for a loss, plus three sacks, one interception and one fumble recovery.

There are no upcoming events at this time.